Home > Blog > On your bike Winter, there’s a new season in town

Over the next few weeks, we’ll be showcasing winning wines and special spirits. Drinks that embody all that’s great about March. And it’s not all about daffodils, frolicking lambs and the clocks going forward…We kick the month off with our March Spring Sale!

We’ve got tipples perfect with a good read for World Book Day on the 3rd. International Pie Week from 7th to 13th is all the excuse we need to share our favourite pastry-encased-food pairings. We showcase wines that prove you should never judge a book by its cover. And finally, we rejoice in drinks ideal for treating your mum on Sunday 27th. 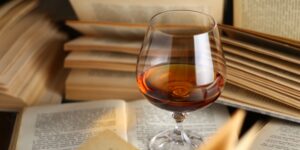 Pop a cork. Grab a book. Sit back. Relaaaaax.

A great book and a glass of something tasty is a combination made in heaven. Unwind with wonderful wines from Oregon, Spain and Australia. Get comfy with a cracking cognac. Become unburdened with a brilliant British cider brandy. Or while away any worries with irresistible Irish whisky.

Louis Royer may not be the first name you think of when considering cognac but it certainly should be. Opened in 1853 it is now run by the 5th generation of the Royer family since Louis struck out on his own nearly 170 years ago. Using traditional production methods, assisted by some very modern equipment, this cognac house has won awards the world over.
A real triumph, Louis Royer XO is blended from several barrels that far exceed the minimum 10 year age XO must have acquired. Layers of dried fruit, sweet spice, almonds, caramel and a little tobacco leaf combine to create one of the region’s standout XOs. Forget the big-name houses, if you want to know what a proper XO Cognac should taste like, look no further. 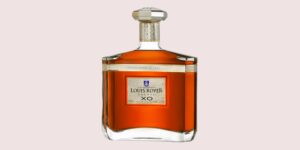 Records show that the clever orchard farmers of Somerset were fermenting pressed apples to make cider, then distilling it over 460 years ago. That makes Somerset Cider Brandy England’s original distilled drink, pre-dating gin by at least 130 years.
Now enjoying Protected Geographical Status, just like Champagne, Cognac or Stilton cheese, Somerset Cider Brandy has laws ensuring it can only come from Somerset and only be made from cider produced from Somerset apples.

is a truly wonderful example of this incredible heritage drink. Blended using brandies from their cellar that are a minimum of 10 years old, it has layer upon layer of delicious flavours. Cooked apples, raisins and sultanas, cinnamon and clove are there at the start. Then lighter notes of lemon zest and honeysuckle come through. All this is underlined by a deep, rich caramel baseline that lingers and carries the dried fruit flavours on a long finish. Excellent to sip slowly as you enjoy an afternoon read, as an after-dinner digestif or when paired with cake-like desserts, this is one of our all-time favourite spirits. 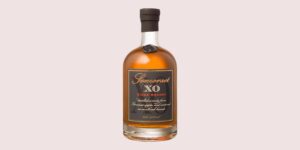 JD Salinger and a glass of Sangiovese?

Most commonly found in Chianti, Sangiovese is something of an unsung hero. In the right hands, it is versatile, layered, structured, elegant and bursting with flavour. When treated without the care it deserves it can be overly tannic, thin and a little sour tasting. Many years ago, local Italian restaurants up and down the land peddled the latter type of Sangiovese as Chianti, often served in a raffia covered bottle called a ‘Fiasco’. This did no end of damage to the region and variety’s reputation amongst Brits. But that was then, and this is now.

Made in Victoria, Australia by the Pizzini family,  is a lighter, fresher style of wine. Still, with plenty of structure, red and dark berry fruit complexity, its tannins are silky smooth. Add in lots of refreshing acidity and you have a bottle of red wine for all occasions. Not least those entailing a comfy chair, a book in one hand and glass of this in another. 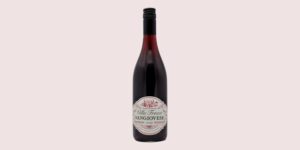 Takest thee a drop of Chardonnay with thine Shakespeare?

A few years ago, the expression ‘ABC’ or ‘anything but Chardonnay’ became extremely fashionable. Producers of inexpensive white wines, based mainly in California, were adding oak chips to their vats of Chardonnay to impart an oaky flavour. This gave the sense to those buying it (who were mostly based in the US) that they were getting an expensive white wine for very little money.

In reality, these winemakers were trashing chardonnay’s reputation in many parts of the world. European drinkers generally prefer more elegant, restrained wines so understandably found these wines heavy-handed, cloying and unpleasant. At the time, these American wines were some of the only wines available that stated the grape variety on the bottle. Most European producers simply stated the name of the region (something which is now changing fast).

Thus the word ‘Chardonnay’ on the bottle was associated with these clumsy, poorly made wines. Although this style of wine has all but disappeared from our shores, the reputation has taken longer to shake. Fortunately, there are plenty of fantastic American producers who know exactly how to make wonderful oaked white wines from Chardonnay. And those from Oregon often rival their counterparts in Burgundy.

is a generous and full style of cleverly oaked white wine. Flavours of lemons, apples, key lime pie, buttered toast and melon are carried by a lovely creamy texture to a long, smooth finish. Located in the soft undulations of Oregon’s Willamette Valley, Twill Cellars only grow three varieties. Pinot Noir, Syrah and Chardonnay. Farming their vines organically, they try to intervene in the winery as little as possible. Their wines are therefore the clearest expression of their stunning location. 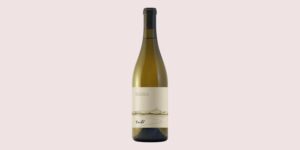 Navarra is to Rioja what Lirac is to Chateauneaf du Pape. That is to say, a region next to the famous one everyone knows, producing similar styles with similar or sometimes better quality, for less money.

Originally a region whose wines ended up in big, multi-region blends, Navarra has found its identity in recent years. It now offers a genuine, quality alternative to its better-known neighbour. Often producing a slightly fresher style, with less emphasis on heavy oak flavours.

is a lighter shade of pink than many Rosados from this part of Spain. Bursting with refreshing citrus, strawberry, vanilla and redcurrant flavours, it’s dangerously easy to drink. As good as many of its Southern French counterparts, this is one Spanish pink wine we can all get behind. Fantastic for sharing when friends come round, this is just as enjoyable as a refreshing accompaniment to a few hours with your favourite novel. An utter bargain in our March Spring Sale! 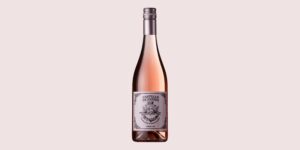 Irish whisky with your Oscar Wilde?

Irish Whisky has transformed itself in recent years. After a long while in the doldrums, Ireland has started reclaiming its place amongst the best of the whisky-producing nations.

Before the early 20th century, Irish whisky was the most popular in the world. Exporting millions of bottles, especially to the USA, the Irish standard was very much the benchmark Scottish whiskey is today. Unfortunately a combination of WW1, American prohibition and the rise of inexpensive, well-made export Scotch severely shrank the international market for Irish Whisky and many distilleries went out of business. Fortunately for us, many old distilleries have been re-founded with some brand new ones gaining recognition for excellent quality.

Waterford is one such newcomer…

Waterford’s makers believe that raw ingredients play a significant role in the quality of their whisky (see the video below). This 1.1 release from Bannow Island is now sold out in many places, but we’re lucky enough to be able to offer a limited number of this sought-after release. Layers of sweet fruit and baking spice flavours shine through with base notes of brown sugar, malted biscuits and dark chocolate. One for casual sippers, connoisseurs and collectors alike, this is a wonderful taste of the new wave of first-rate Irish whiskies. Get it while you can! 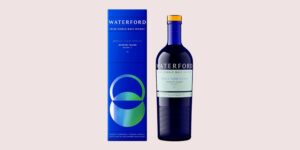