Home > Blog > Best of British for the Platinum Jubilee

What a rare and glorious thing an extra British bank holiday is! 70 years on the throne is an incredible achievement and Her Maj. deserves to be celebrated in the best way possible. On Friday 3rd June we’re lucky enough to have a whole extra day off to mark this marvellous milestone. Here we’ve lined up four tasty tipples that represent some of the best the British have to offer. Our fair Isles have long been home to many a world-class drink producer. So let’s rejoice in the excellence of this small group of HRH’s loyal subjects, flying the flag for deliciousness. Whether your knees-up is tea-total or a tad tipsy, we’ve got a list of lip-smacking libations to help lively up your long weekend. 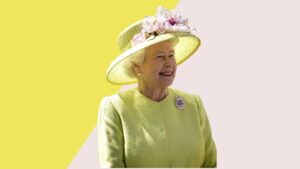 Scotland, Ireland and England all rolled into one

The first of our Best of British drinks draws on skills honed throughout these islands. It’s a single cask whisky, so think Scotland. It’s a grain whisky which certainly evokes Ireland. And it’s from Norfolk, which couldn’t be more English. It’s even called ‘The Norfolk’! 3rd in their series of single grain whiskies, it’s bottled from a single barrel at a very pleasing 45% alcohol. It starts with bassy flavours of caramel, nutmeg and smoke, then comes the higher notes of candied fruits, apple peel and macadamia nuts. It makes no bones about being somewhat apart from your usual single malts and embraces the awesome things a single grain mash bill can offer. It’s worth noting that it scored 96.5% in Jim Murray’s Whisky Bible. Bagging the ‘Best Whisky in Europe’ accolade to boot. Impressive stuff. 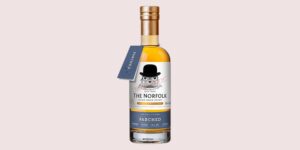 England to Scotland and back again

Hills & Harbour Gin from Crafty Distillery is up next, making an English staple in the heart of bonny Scotland. This modern, artisan distillery is nestled north of Newton Stewart, South West Scotland, with far-reaching views across the beautiful Galloway Hills. Having started in 2017, this small, closely-knit team has been winning awards ever since. These have included Scottish Gin Distillery of the Year at the Scottish Gin Awards and Best Scottish London Dry Gin at the World Gin Awards in 2020. We love their Hills & Harbour Gin because it has that magical quality only the best gins possess – balance. Rich, savoury notes of rosemary, thyme and clove hit your nose-first. Then comes ripe lemon, tinned peach and confected berry to counteract the savouriness. All the while a steady rumble of juniper weaves everything together marvellously. A bit of a triumph, all things considered.

Now for something a little different. Crossip is one of the only 0% alcohol spirit alternatives that we think really does deliver on flavour. And we’ve tried a lot. By expertly using sweetness and spice, Crossip’s clever creators have mimicked the sensation of an alcoholic spirit exceptionally convincingly. Be warned, however. This is 100% not for drinking straight-up. It is specifically designed to be mixed and, as such, packs a real punch. Tonics, sodas and juices combine amazingly well offering an alcohol alternative even dedicated boozers like us can get behind. It’s got spicy ginger and hibiscus at the fore with a pleasing medicinal vibe that makes it reminiscent of strong vermouth. Works a treat with Double Dutch Pink Peppercorn or Hibiscus. It’s even delicious with gin and soda or in prosecco as an Aperol alternative. Grown-up but still playful Crossip’s always a great British option. 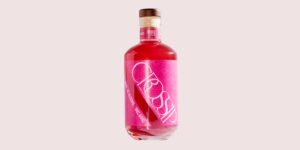 Did you know, that Somerset Cider Brandy has been made since the 1500s? That’s over 150 years before Genever was brought over by the Dutch and it morphed into Gin. Not only that, but brandy, distilled in Somerset from cider made with Somerset apples has its own Geographical Indication (GI)! Just like Melton Mowbray Pork Pies, Parmigiano Reggiano or Champagne. It is, of course, superior to all those products (except maybe the pork pies) and is one of our absolute favourite tipples. Straight-up or on the rocks after dinner or with soda or tonic as a long drink. Flavours of cooked apple, sultanas, raisins, cinnamon, clove, dark caramel, honeysuckle and a little lemon zest offer a glimpse to this drink’s incredibly delicious complexity. It’s super smooth, moreish and dangerously gluggable. We’re yet to meet someone who doesn’t love it. 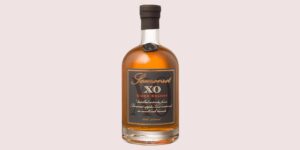