Make no mistake, Portugal is not a large country. And yet it manages to produce huge amounts of wine from over 250 local varieties. And it’s not just about sweet, fortified wines. Here we look at a cross-section of what this incredible country has to offer. A wonderful dry white from a more southerly Portuguese region; Alentejo. Just north of there is a dry red from the Dão which sits right in the middle of Portugal. Another dry red but from the more famous Douro Valley, whose river meets the sea at the beautiful city of Porto, known for its Port Warehouses. And a lesser-known fortified wine from the same region and producer. All represent their regions beautifully, showcasing a spectrum of grape varieties and styles, each distinct and delicious. Not to mention damn good value for money. 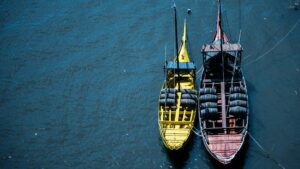 First up is a wine from a family-owned estate with a long history. It was originally founded by an Englishman, Thomas Reynolds who joined the Royal Navy in 1805. He would have seen Portugal for the first time onboard one of the Navy’s warships. 20 years later he returned and set up shop in Porto before moving the family south to Alentejo. Having survived various other familial emigrations and the 1974 Revolution, Mouchão continues to make exceptional wine to this day by João, Thomas’s great-grandson. Herdade do Mouchão Dom Rafael White is a blend of two varieties – Arinto and Antão Vaz. It has flavours of ripe lemon and white blossom, a little pear drop and cantaloupe melon. A pleasing minerality, good acidity and a touch of salinity keep those riper fruit flavours balanced. And thanks to a long, bone-dry, fruity finish, you keep coming back for glass after glass. 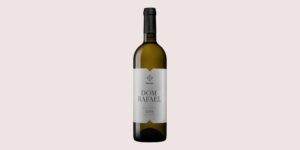 Travelling north from Alentejo, the next major area for wine production is Dão, with its beautiful hills and mountains. It’s the altitude offered by this beautiful landscape that ensures vines ripen slowly, giving rich layers of balanced complexity. Lúcia Freitas is the supremely talented winemaker that started Quinta da Mariposa. She spent several years working at several other top Dão wineries before returning to the family estate and starting what has become a very highly regarded project. Quinta da Mariposa Tinto is a wonderful expression of the region with a fairly even blend of 3 of Portugal’s better-known varieties; Tinta Roriz, Jaen and Touriga Nacional (the main grape used in Port). A whiff of geraniums and cooking spice is followed by a mouthful of rich, dark berries. High acid keeps things refreshing with super-balanced, fine tannins backing everything up beautifully. Two words to sum up? Decidedly delicious. 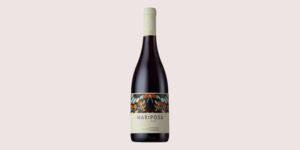 Now to a region and category of wine familiar to most, except with a little difference… white Port. Quite a singular beast. It’s made in basically the same way as red Port except using only white grapes and without any significant time resting (macerating) on its skins. Quinta da Pedra Alta’s Pedra No.3 is toward the dryer end of the white Port spectrum. There is still a good amount of sweetness here, but it’s more perfumed and fruity than overly sticky or sickly. Flavours of peaches, lemon meringue pie, sultanas, honeysuckle, nashi pears, pineapple, lychee and a little Christmas cake at the back make this impossible to resist. All balanced with pleasing acidity and citrusy flavours to play against those tropical notes. And the best way to serve it? Straight from the fridge, over ice with tonic and a squeeze of lemon. Magic 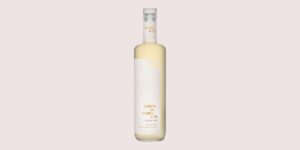 Same producer, very different product. Quinta da Pedra Alta’s winemaking team came together in 2009. João is a 3rd generation local winemaker and Matt is an Australian winemaker with extensive experience in both hemispheres. Both firmly believe in the Douro’s ability to produce some of the world’s finest wines at prices that vastly undercut their peers’. Their Prova No.1 Tinto is a blend of Tinta Barroca, Touriga Franca and Tinta Roriz. They keep secret the exact blend and only make the wine in the very finest vintages. It has layers of dark cherries, damson, cassis and blackberry as well as a pleasingly meaty, leathery character that only comes from beautifully aged reds of this calibre. Tannins are high, as you’d expect but an hour or two in a decanter rounds these off splendidly. And all backed up by a refreshing acidity most warm-weather reds can only dream of. Outstanding. 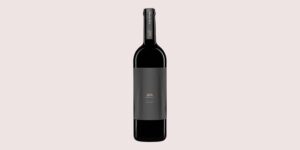