Home > Blog > Judging a book by its cover …. It’s what’s inside that counts

Judging a book by its cover is rarely smart. Preconceptions can be wildly inaccurate and cause us to fall into the unpleasant trap of poor judgement and even prejudice. 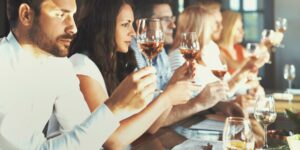 At hometipple we always strive to be as open-minded as possible. By never allowing past negative experiences to limit our curiosity we remain open to new and wonderful discoveries. Just because you once had a bad Beaujolais, doesn’t mean all Beaujolais is bad…

Germany, Hungary and France are the destinations for our journey through the maligned and undervalued. Wines still associated with undesirable flavours, poor or ‘cheap’ quality, whose reputations were forged decades ago, that have improved beyond recognition. Those wines where, once you try a good one, you’ll never be quite the same again.

Ah, Riesling. What an enigma. How can it be that the long shadow of brands like Blue Nun and Black Tower still darken the image of such an incredible white grape? In a word, sweetness.

Back when Ted Heath was ruining the economy, bin men were on strike, top-rate taxes caused an exodus of our favourite pop stars and the Shilling was being phased out, as a nation, we didn’t drink much wine. You could say, we hadn’t developed the palate for it.

Also, consider that most people drank beer. Beer is cheap. Wine, by comparison, is not.

So if you want lots of people who hadn’t previously drank wine to start, what do you do? You produce a cheap wine, with simple flavours that are a bit sweet.

The reason it needs to be sweet is that, when someone tries something for the very first time, they are much more inclined to like it if it’s sweet. Human evolution is the culprit here. If a caveman picks up a berry he doesn’t recognise and pops it in his mouth, if it’s sweet, he’ll recognise it as food and happily eat it. If it were lacking in sweetness, ie dry, or sour, he would spit it out, avoiding illness or worse. So we’re programmed to like sweet flavours in things we haven’t tried before.

So there you have it. By the incredible success of these sweet German wine brands during the 70s and early 80s, a huge number of people still think German white wines must be Riesling and Riesling must be sweet and cheap.

Balderdash! There is so much amazing Riesling out there that it is our duty to champion this incredible grape.

Reams of Reasons for Riesling

Riesling makes some of the most long-lived and expensive white wines in the world. It has such amazing aromatic fruit characteristics that it cannot be mistaken for anything else. It takes on different personalities wherever it’s grown to a wonderful effect. And it has the versatility to make wines from bone dry to lusciously sweet and even makes amazing fizz.

Ok, so German wine labels are confusing and often do not indicate whether a wine is sweet or dry, but that is changing. German producers recognise most Brits now want dry wine and have cut their cloth accordingly.

Rudolf Fürst Pur Mineral Riesling is a white wine fermented to total dryness. From some of Germany’s best and oldest vineyard sites, the grapes are hand-harvested at the perfect level of ripeness. Using a combination of oak and stainless steel tanks, this wine retains that refreshing minerality Riesling is known for, but has a rich creamy layer rarely found. Peach, honeysuckle and some latex flavours carry through to a long mouth-watering finish. Great for right now and always with long ageing potential, Weingut Rudolf Fürst’s wines are elegant, delicious and rarely bettered. 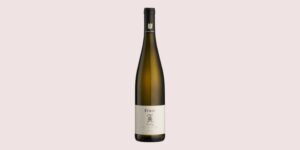 From still to sparkling now as we explore the delights of fizz from one of Germany’s most well-known producers, Dr Loosen.

Another style of wine that has suffered from a poor historical reputation, Sekt is Germany’s answer to Champagne. Made in the same way, using a second fermentation in-bottle to trap CO2 in the wine, much tighter laws on the base wines used and production techniques have pushed quality up.

Although no longer competing in a race to be the cheapest, it’s still something of a bargain.

For less than 20 of your British Pounds Dr Loosen Extra Dry Riesling Sekt has the honeyed, white blossom and peached you’d expect from a Riesling, as well as the crisp acid and refreshing citrus you crave in a classic sparkler. Less in the biscuity champagne character and more in the fruit-forward style, this straddles the Prosecco/ Champagne divide very nicely. 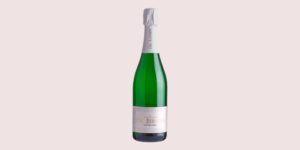 Join us once more as we take a trip back through history, to a time when Rockers faced off to Mods, flares replaced drainpipes and Mick and Keith were painting it black. The mid-’60s were an exciting time, but unless you had very deep pockets, wine was either something you chose because you could find a cheap one, or it took a distant 2nd place to beer. Or Scotch and soda. Or a gin and tonic (in a wine glass for some odd reason).

Then came along Bulls Blood.

So-called due to the 1522 siege of Eger Castle where 100 Hungarians defeated 1000 invading Ottoman troops. With such bravery and strength had these few Hungarian soldiers fought, the Ottomans said they must have been drinking bull’s blood!

The actual name, Bikavér, this Hungarian red wine found favour with the jazz-influenced students and beatniks of the mid-late ‘60s. Wine in general made you a much cooler cat and Mods, amongst others, set themselves apart by drinking it. Lacking the funds of their parents or those born into money, inexpensive, competently made wine from Eastern Europe made a lot of sense.

Fast forward 50 years and Bulls Blood retains an air of the cheap and cheerful, which is a shame because it can be so much more than that.

Now with strict laws governing where and how Bikaver can be made, consistency and high quality have become the key focus.

Vida Wine Estate has some of the finest vineyard sites in Szekszard, one of only two regions in which Bikavér can be made. Their Bikaver has a rarely tasted combination of both clear, fresh fruit characteristics and proper weight and structure. Like a Pinot Noir vine has had a night of passion with a Cabernet Franc and this is their delicious love-child. Rich, satisfying, unique and damnably tasty, now is the time to reassess Hungary’s finest. 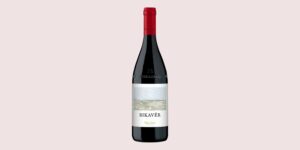 In simple terms, Burgundy can be summed up pretty easily. It’s mainly expensive. It’s either Chardonnay or Pinot Noir. Its outlying regions of Chablis (mineral and citric but still made from Chardonnay) and Beaujolais (made from Gamay, Pinot Noir’s lighter cousin) seem to be the odd ones out.

Let’s face it, the vast majority of us will never try some of the region’s finest wines. These sell for four, five or even six-figure sums and are the finest expressions of arguably the world’s most prestigious wine-growing region.

What these astronomical prices do is raise the bar in both quality and price terms for those around them. But with relatively little vineyard area, affordable burgundy has to make do with the fruit of varying quality and is often, how shall we say, a little thin?

At the same time, lesser-known Burgundian regions have to balance a relatively high price with a relative lack of consumer knowledge. They can sit around on shelves, unloved and misunderstood, which is not only tragic but unfair! Rully is one such region.

Often regarded more highly for its whites, Red Rully – Rully Rouge – is often overlooked. Tragically dismissed as being light in body, thin in flavour and generally not worth the money. Judging a book by its cover of course!

We’re happy to tell you, that couldn’t be more wrong! Certainly when it comes to Domaine Jaeger-Defaix. Working organically, this producer treats her grapes with great care, pressing slowly to extract only the most delicate juice than using time and oak barrels to provide depth and intensity.

This is certainly a Rully Rouge that packs a punch. Earthy farmyard smells in the distance back up lashings of black cherry, a little redcurrant, smoked bacon, coffee and pepper. A considered sipper on its own with that silky light tannin structure or right at home with game or lamb dishes this is a wine for those that know. 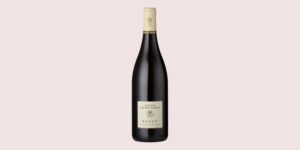