International Malbec Day falls on Easter Sunday this year, so who are we to deny this heaven-sent collab?

One of the nation’s favourite red wine grapes, most of the Malbec we Brits buy comes from Argentina. This Mendoza-led style, with its big, bold characteristics, lends itself brilliantly to steak and other hearty red meat dishes. Well not so fast, cowboy. There is way more to Malbec than that. Its ancestral home is Cahors in France from where it has been exported since the 1500s. Originally it was used as a blending component in Bordeaux to add colour.

A surprisingly versatile grape that still works wonders in a Bordeaux style blend, less oak-driven styles of 100% Malbec have proven wonderfully successful in recent years. No longer solely the preserve of dishes requiring a bovine ingredient, these less oaky, more restrained Malbecs open up a whole world of food pairing options.
So whatever your Easter fayre, there’s a Malbec to suit it.

Bordeaux has been the inspiration for winemakers all over the ‘new’ world. The unpredictable maritime climate forced the Bordelais to grow several different grape varieties. Each of these has a growing and ripening calendar sufficiently different from the next such that any inclement weather around key times of the year wouldn’t damage the whole crop.
By perfecting the art of blending different grape varieties the winemakers of Bordeaux have been understandably heralded as both inspirational and aspirational by their peers.

A country whose producers expertly tread the blended red wine path is South Africa. Producing ‘Cape Blends’ for over 200 years, regions such as the Robertson Valley, Franschhoek and Elgin produce some incredible multi-variety blends. Mostly using Bordeaux varieties, often adding Pinotage, these wines tend to have a little more fruit and a little less oak influence than those from the storied French region.

Cape Chamonix Wine Farm sits among the dramatic mountains of Franschhoek and produces several blends and single varietal reds and whites. Their Chamonix Rouge is a Malbec-heavy blend that takes a great idea and makes it all its own – a bit like a good Haut-Medoc but with a little more fruit and a little less oak. Balanced and elegant, the label might say ‘fun and frivolous but the winemaker has been deadly serious about creating a brilliant blend. So much so you could easily buy a few and lay them down for a few years. Age-worthy wines don’t come much more drinkable than this. 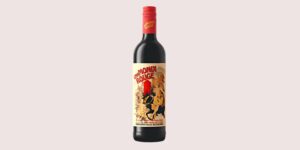 Let us travel now to one of the very few places on earth that can rival South Africa for rugged natural beauty. Patagonia in Argentina. A relative newcomer on the world viticulture map, this region has developed into one of the most exciting places to grow grapes and make wine to be found.

Bodega Malma has quickly become one of the standard-bearers for high-quality viticulture and viniculture in the region.
Located in the Province of Neuquén, they have been winning awards for their wines since their very first vintage in 2004. Specialising in Malbec, they also grow a host of international varieties.

Bodega Malma’s Esencia Malbec may be one of their entry-level wines, but you’d never know it. Taking a more ‘clear fruit expression’ attitude to this variety has paid serious dividends.  This gives it versatility which makes it a sommelier’s dream. Blackcurrant, plums, redcurrant and smoke hit you first. High acid keeps things fresh, as does a pleasing lick of mint. Lingering smoke and a medium-length finish ensure this super easy-drinking red sits comfortably in the ‘quality crowd pleaser’ category. 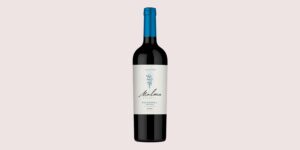 From one 100% Malbec now to another. This time from one of the world’s oldest areas under vine, Cahors in the Garonne Valley, just East of Bordeaux. The ancestral home of the grape we are celebrating, Cahors winemakers have been honing their craft for centuries. Creating wines with plenty of time in the French oak barrels.

Clos Siguier has been around since the 1700s with the current owners, the Bley family, having held the reins since the turn of the 20th century. Concentrating 95% of their vine-growing efforts on Malbec, they produce meticulously crafted wines. They combine the traditions of their forebears with a contemporary twist. Benefitting from an altitude of nearly 400m above sea level the grapes ripen more slowly. The resulting wines have excellent acidity to balance all that ripe fruitiness.

Clos Siguier Vieilles Vignes “Les Camille” Malbec is made purely from genuinely old vines which average 90 years in age. This ensures low yields and deeply concentrated fruit. Combined with a long ripening period caused by the altitude and deft use of oak in the winemaking process, it’s hard to think of an alternative from the region that better represents just how good French Malbec can be. This is worth decanting for a good 45 minutes to an hour before serving.

You can pair almost any dark, rich dish with this fabulous wine. 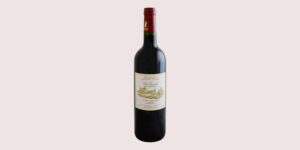 Back to South America now for our final example of this most versatile grape.
Viña Maquis lies in the heart of Chile’s Colchagua Valley. The quality of fruit grown here is some of the best the region has to offer. It benefits from cooling ocean breezes carried along the two rivers that run through the estate. The Hurtado family acquired the estate in 1916 which was originally it was planted by Jesuit monks in the 1800s. The property has passed through the hands of two Chilean presidents. The Hurtados work with sustainability at the core of everything they do. Growing a host of mainly international varieties, Malbec plays an important role in a number of the wines Maquis produces.

Not least In Maquis Lien. Expertly blending our featured variety with Syrah, Cabernet Franc, Cabernet Sauvignon, Carmenere, and Petit Verdot, this is a Bordeaux blend with a strong Chilean accent. Drinking beautifully now this wine will only get better over the next 2-5 years.

Flavours of red and blackcurrant, sloe berry, white pepper and cinnamon play against a lovely rich background of cigars and cedarwood. There is bright acidity that balances the rich fruit flavours and it’s super smooth. Complex and layered yet delicate and easy-drinking you’ll have polished off a couple of bottles before you’ve even realised.

With food or without there’s no doubting the excellence and versatility of this wine and its hero blending ingredient, the mighty Malbec. 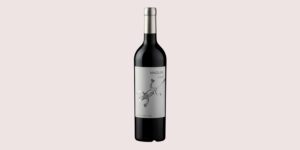