St George’s Day is 23rd April. Odd that the English don’t really make a big deal of it.

St David, St Patrick and St Andrew all enjoy various amounts of celebratory fervour in these fair Isles, but not St George.
Maybe it’s because he has very little to do with England. 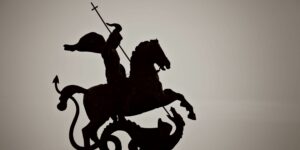 George was a soldier in the Praetorian Guard of the Roman Army in the 2nd C. AD, from a part of Greece that’s now part of modern-day Turkey. He’s also the Patron Saint of Bosnia–Herzegovina, Ethiopia and Georgia as well as Aragon and Catalonia in Spain. It wasn’t until the 1500s that Edward 4th decided that his cross was to supersede all other saint’s flags. The English heraldic symbol cemented him as England’s Patron Saint. Known for his military prowess, as well as slaying the last Dragon, he’s mostly depicted dressed in plate armour and riding a white horse. Given his Roman/ Greek origins, his legend has certainly been subject to some serious cultural appropriation, but then which early Saints haven’t?

All told, there’s a strong multicultural element to St George. And we believe that speaks more to England than any Shakespearean quote involving Henry 5th’s beef with the French. So here we celebrate four wonderful spirits made right here in England whose origins come from far and wide.

What do Mongolia, Eastern Europe and Dorset have in common? One damnably tasty drink, for starters.

Black Cow Vodka is the brainchild of dairy farmer Jason Barber and his old mate, Paul Archard. Having made cheese on his farm for centuries, Jason was concerned with the amount of whey they were discarding. Paul had heard of the Mongolian tradition of fermenting milk and distilling it to make a milk-based spirit. Paul mentioned to Jason that this may be a possible use for his unwanted milk whey. 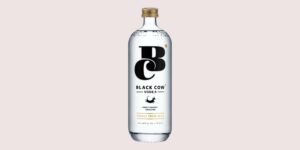 So in 2012 Black Cow Vodka was born. Taking the starch from milk whey and fermenting a kind of wine from it, the two friends employed the Easter European method of creating a clean, high alcohol vodka using column distillation. The result is one of the smoothest, most easy-drinking, sipping vodkas on the planet. Clean, refreshing and with just a hint of milk bottle sweets on the finish, you really can drink this straight-up, on the rocks and with a twist of lime. Alternatively add a dash of tonic or soda and lime, stir down in a Classic Martini or use it as a base for Espresso Martinis, Bloody Marys, White Russians or Moscow Mules.

A wonderful English take on an Eastern European drink, by way of the Yak farmers of Mongolia.

Alcoholic drinks made from apples have been consumed in England for well over 1000 years. Cider making went into overdrive with the arrival of the various monks and new French landowners after the Norman invasion. Once distilling was brought to Europe by knights returning from holy wars in the Middle East, some cider makers decided to go one better and distil their cider into what we would call brandy. Historical records confirm the production of apple cider brandy in Somerset as far back as 1560, making cider brandy England’s original distilled drink. Don’t forget, Gin wasn’t to establish itself until a few years after the Glorious Revolution in 1688. 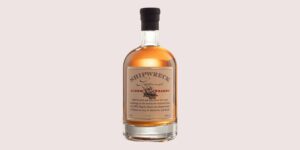 Nearly 40 years ago Julian Temperly founded The Somerset Cider Brandy Company. At the time running the successful Burrow Hill Cidery, he was fully aware of this almost forgotten history and set about trying to restart a centuries-old tradition of distilling his Somerset cider into Somerset Cider Brandy. Shipwreck is one of their most highly regarded brandies. Originally matured in barrels claimed from the wreckage of a cargo ship destined for South Africa, the Temperleys now purchase these Allier Oak barrels direct from the cooperage. Imparting a rich, smokey character to an already delicious brandy, it has flavours of prunes, sultanas, clove, peaches, rhubarb & custard sweets, cinnamon, a little coal scuttle and furniture wax and dried thyme in the background.

Cider Brandy may have been made in England for over 500 years, but if it wasn’t for the Arabs and the Normans, it would probably never have been here at all.

English whisky. Sounds strange, doesn’t it? The first place most of us associate with whisky is Scotland. Those from across the Irish Sea, however, would argue that the Emerald Isle is the real birthplace of whiskey. For hundreds of years, such was the cultural cross-pollination between Ireland and Scotland that it’s almost impossible to tell. But English whisky though? Well, it has been made, on and off, for at least three centuries. The English Whisky Company opened their St George’s distillery in 2006. Previously there had been no English whisky production for over 120 years.

The Nelstrop family who founded the distillery have been farmers since the 1480s. Their Norfolk farm produces some of the finest Barley available. For many years much of the family’s produce had been sold to Scottish distillers, creating some of the outstanding Single Malts to which James Nelstrop, head of the family, was particularly partial. So, on his ‘retirement’ James and his son Andrew decided they would take a leap into the unknown and start distilling, creating a true field-to-glass product. 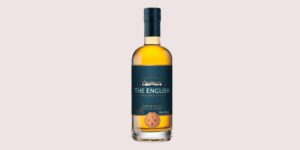 The English Whisky Company ‘Original’ is their flagship, unpeated single malt. Although on the younger side it still offers excellent depth and complexity with flavours of butterscotch, caramel popcorn, peach, fennel seed, cookie dough and a little Christmas spice.

A wonderfully versatile dram. This English take on a Gaelic speciality is just as great in cocktails as it is on the rocks.

Gin appeared in England shortly after The Glorious Revolution. In 1688 Parliament invited William of Orange and his wife Mary, daughter of James II (with whom parliament had seriously fallen out), to depose Catholic James and become England and Ireland’s new joint monarchs. They landed at Brixham in Devon with around 14,000 Dutch soldiers alongside their favourite tipple, Genever.

The drink was a clear grain spirit, flavoured with various herbs and spices, including juniper. . Although it had made its way to Britain several years before, its popularity took off when William & Mary’s troops started sharing it with the locals. Over time Jenever was shortened to Gen, which became Gin, and juniper became a more important ingredient. And so it’s the Dutch we have to thank for this most English of drinks.

In 2011 Portobello Road Gin was created. Four bartender friends as the house pour of their West London pub and museum, the Ginstiute. Crafted from sustainably sourced botanicals from around the world, the Portobello Road brand has become synonymous with quality. 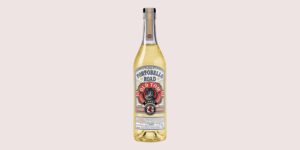 Portobello Old Tom is their take on what gin would have been like, back in the early days. They add a little sugar, like the 18th-century producers, and use traditional sherry barrels. It is a slightly sweeter alternative to the more savoury, juniper heavy, London Dry style. With notes of lime pith, lemon sherbert, vanilla and cinnamon contrasting with a pleasing, slightly medicinal herbaceousness, Portobello Road Old Tom makes for a brilliant alternative to your regular G&T.